(upon entering the clubhouse, you can see the Darwin article on display on your right)﻿ 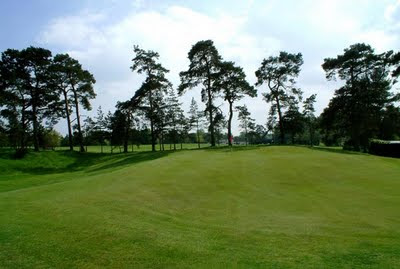 With a wild set of greens, and charming sense of stepping back in time, Royal Worlington is largely considered the best nine hole course in the world. Despite its lack of space, Royal Worlington requires a plethora of interesting shots, including teeing off over previous greens. 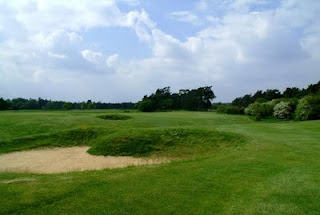 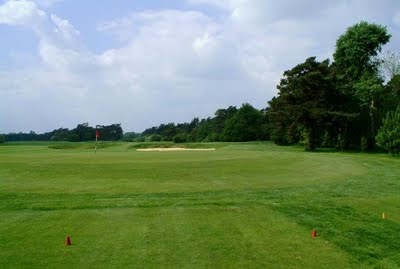 Let Bradley Golf Travel book Royal Worlington for you on your next trip to England!
Some pictures were used with permission from http://www.golfclubatlas.com/

Matt
Posted by Matt Bradley at 8:41 PM No comments:

When in Monterey, be certain to save a few hours to visit the Bay Aquarium.  Fun for the whole family.

All of the exhibits are great and well done.  My daughter loved the sea otter exhibit.

For me the highlights were the seahorses and jellyfish.

Check out the Leafy Sea Dragon:

Not to be confused with the Weedy Sea Dragon:

The Beauty of the Jellyfish:

Bart
Posted by Bart Bradley at 9:13 AM No comments:

Don't miss the chance to take your family to see Muir Woods.

Just North of San Francisco (and fairly close to Meadow Club, if you have conncections) you should spend a couple of hours enjoying the stately California Redwood.


A comfortable hike takes you through the inspiring trees and  forest floor beauty:


One of my favorites, trillium:﻿

Several streams run through the woods:

Family fun in the outdoors.  We highly recommend it.

Posted by Bart Bradley at 10:16 PM No comments:

A different view of the Monterey Peninsula.....

When vacationing in the United States, I usually give trail rides a miss--walking nose-to-tail on dispirited horses in the company of a dozen of my fellow tourists when I ride nearly every day at home just isn't much of a thrill.  I suspected Pebble Beach might be different.  I was right.
The Pebble Beach equestrian center is home to over 50 horses.  The boarder horses range from warmbloods doing dressage to Connemara ponies jumping to  Quarter horses reining--their owners equally varied.   I didn't see the lesson string, but I'm told it comprises about a dozen horses, both English and Western.  The trail string also numbers around a dozen horses, who, when they're not being ridden, hang out untied near a pair of hitching rails in the yard.  I was pleasantly surprised by how content they seemed.  Later I learned that they are all rescued horses, taken out of abusive situations and fostered at a nearby ranch before being trained for the trail. They go out at most twice a day, they're  ridden in mild bits or hackamores, they're well-fed and loved--it's no wonder they're happy. My horse was named Fancy.  She had only been at Pebble Beach for six months, and she had a sweet swinging walk and was a pleasure to ride.

(Kim and Katie enjoying the beauty of Monterey from horseback)

The horses are good, but the scenery makes the Pebble Beach ride great.  It's hard to top riding along windswept dunes  with flowering ice plant knee-high on both sides, the taste of salt spray in your mouth, while in front of you cobalt waves crash into white surf along the golden beach.  I didn't even mind keeping to the walk--the sand was too deep to go fast anyhow, and the view too pretty to rush. The trail crossed Spyglass Hill golf course--we saw the boys playing--and, in the woods, offered this tantalizing view of the ultra-private Cypress Point. (Unfortunatley, this is the closest the Bradleys got to Cypress Point)

Posted by Bart Bradley at 9:09 PM No comments:

Does your buddy trip have a name?

What happens to a golfer when he has played 36 holes for several days in a row:  Coursendonk.  Now lovingly referred to as "THE DONK".

4 guys who truly enjoy being together, 3 guys who love to play golf.

add a Soundtrack, a silly bet, a great (or sometimes not so great) golf destination, 13 straight years and love and you get a Donk.

How did it originally get its name?

(the inspiration for naming the Donk:  Corsendonk Ale)

I'd love to hear about your golf buddy trip.  And be sure to check out the my thread on this topic on Golf Club Atlas:

In 1997, I first traveled to the Monterey Peninsula.  Following a beautiful day at Pebble, my close friends Pat and Dave, and I set out on Spyglass Hill.  The first few holes at Spyglass are absolutely magical-- quirky, exposed sand, crashing waves--golfers’ heaven, and despite being stung by a wasp between the shoulder blades on the first tee, I was playing well.  In fact, I arrived at the 5th tee even par.

Young and inexperienced, I suffered from the card-and-pencil mentality:  My score was important to me.  The 5th is a medium-length par 3, but on that day it was playing into a strong wind.  I chose to hit a 5-iron.  I made great contact and was able to keep the ball low.  The ball sailed directly toward the green.  I felt great.   But the ball was unaffected by the wind and carried over the green.   Oh well, I thought, I’ll get it up and down from there.  I walked up to find my ball sitting beautifully on top of a plant I’d never seen before.  Ice plant.  It looked like a great lie, some 15 yards beyond the green.  Looked.   I took out my 56 degree wedge (60 degree wedges were not yet in vogue) and calmly swung at the ball.  My club went directly under the ball, causing it to fall straight down and settle between the stems of the plant.  Hmmm.  I swung harder this time and the ball moved a few inches into an even worse lie.  Some 5 swings later, I had moved the ball within a foot of the edge of the ice plant.  Now swinging with all my might, I finally extracted (shot) the ball from(out of) the dastardly plant, but unfortunately sent the it halfway back to the tee.  Turning around I realized that I had probably removed 15 pounds of ice plant from the hillside….a crime scene might have been less of a mess.  I don’t have a picture of the carnage, but if I did, you’d probably say that it looked like an ATV had gotten stuck in the ice plant and spun its wheels for a few minutes trying to get out.  I finished the hole with a 12.  I never recovered.  The event became forever known as “the dreaded ice plant incident”.

(special attention to the area directly behind the pin, now sand and bushes--all of the ice plant has been removed)

(close up of the green and former ice plant area)

(a re-creation of the original lie in flowering iceplant)

Well, I finally returned to Spyglass last week.  I got to the 5th tee having birdied the 4th to go back to +1.  My score is no longer so important to me.  Don’t get me wrong.  I like to make pars and birdies--who doesn’t?  But since my multiple orthopedic problems, I am just grateful to be able to enjoy the game at all.  And now, much of the time, I get to enjoy it with my son.  I doubt there are many things as pleasurable as sharing your passion with your child.   Here I was, on a spectacular Monterey afternoon, playing Spyglass with my son.  We have had more than our share of these days--strolling the fairways, seeing the great places in golf, chatting about the architecture.  I am surely blessed.

Less wind this time.  I certainly didn’t want to go long; I had learned that lesson 14 years ago.  The tees were up.   I decided to punch an 8 iron.  A bit over the top, I hit a slight pull.  The ball settled happily on the left side of the putting surface about pin high.  Two putts later, I had made my par.  Redemption.

The dreaded ice plant no longer surrounded that hole—it had been removed and replaced by bushes. (Had I really done that much damage? But they’ve removed ice plant from all over the course, so maybe I wasn’t solely responsible.) This time I had my conniption on the 6th hole, making triple bogey (I am sure I had an emotional letdown after the 5th J).   I didn’t mind.  I returned to Spyglass a worse golfer but better person.  I will remember both trips for the 5th hole, but mostly for sharing the experience with my son and close friends.

check out my golfclubatlas post about Spyglass Hill's first 5 holes with some pretty good photos:  http://www.golfclubatlas.com/forum/index.php?topic=48571.msg1094942;topicseen#msg1094942

Sorry for the long break in posting.  Life and travel have been slowing us down.

Here is a photo from the 4th at Brancaster (also called Royal West Norfolk), a links course on the Eastern coast of England.  For architecture buffs, this hole is purported to be the inspiration for Macdonald's "short" hole.  The club at Brancaster is like stepping back in time.  We highly recommend a visit.

And a slightly closer view:

﻿
Look for more photos from England over the next couple of weeks....

Bart
Posted by Bart Bradley at 7:41 PM No comments: